The 45th IChO preparatory problem list had this as it's fifth problem:

5.1 The interaction of thionyl chloride and sodium azide at $-30^\circ \text{C}$ gives colorless crystals X, containing 36.4 wt.% of Cl. The crystals consist of cyclic trimers. Find the composition of X and give the reaction equation.

5.3 A colorless liquid Y was prepared by a reaction between X and antimony(III) fluoride. Addition of 1.00 g of Y to the excess of barium acetate aqueous solution gave the precipitate with the mass of 3.96 g. Determine the chemical formula of Y, draw its structure and write the reaction equation.

5.4 Y enters the substitution reactions with typical nucleophiles such as methylamine. What product will be formed in the reaction between Y and the excess of methylamine? Draw its structure.

5.5 Give two examples of molecules or ions which are isoelectronic to Y, draw their structures.

5.6 One of the substances isoelectronic to Y transforms in the presence of water traces into polymer Z. 1.00 g of Z was dissolved in water and the resulting solution was added to the excess of barium acetate solution. The precipitate with the mass of 2.91 g was formed. Determine the formula of Z and draw its structure.

This looks like a very sketchy problem: we know for a fact that:

This perfectly matches what we are looking for. Thus, the formula of the compound is $\ce{(NSOCl)3}$. This compound has been synthesized and it's name is sulphanuric chloride (Hazell et al.) 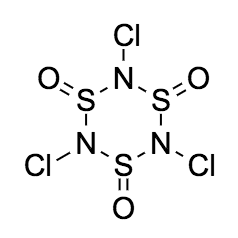 However, this is not the experimentally verified structure of sulphanuric chloride. Hazell et al. states that the structure (originally proposed by Kirsanov(1952)) has the $\ce{Cl}$ atoms attached to the $\ce{S}$ atom, with a formal charge of +1 on the $\ce{S}$ and -1 on the $\ce{N}$ atom. This structure has been proposed keeping in mind the physical properties of the compound. 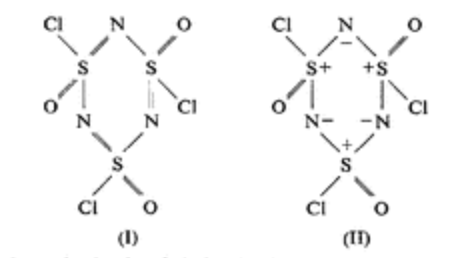 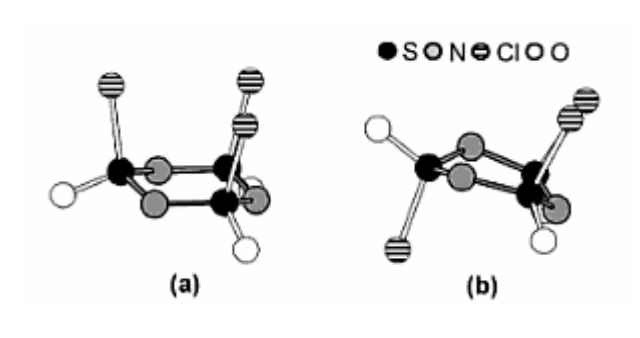 A very good problem, well above the regular inorganic standard. Breaking through the first step is the hardest, followed by obtaining the correct structure for the trimer and it's isoelectronic counterparts. The rest is quite easy.

There is a better, mechanism-based way of solving this question, as pointed out by Yusuf Hasan over at Chemistry StackExchange. Thionyl Chloride reacts with organic molecules via this reaction pathway: 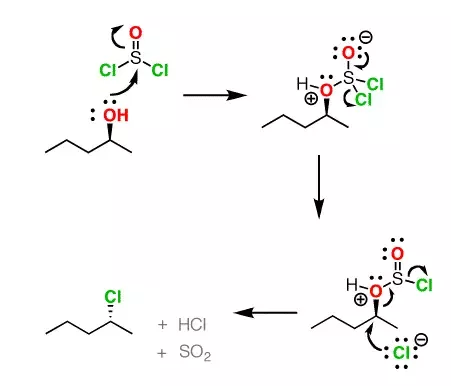 To solve this problem, we need to formulate a similar reaction pathway, but with the Azide anion as the substrate instead of pentan-2-ol. Here's the proposed pathway:

This is a more concrete way to get to the answer and one that does not involve guesswork or hit and trial.

P.S: Adding MHChem required an update to MathJax 3.x, which brings with it improved rendering (and stricter use of align and gather environments). The MathJax rendering bugs on mobile should be gone now.